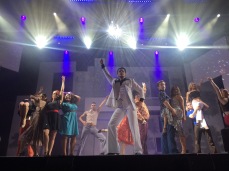 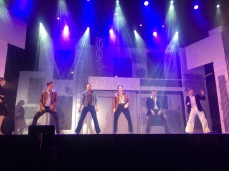 This production premiered in Guernsey in August 2017 staring Matt Lapinskas and Lindsay Tierney. I love disco and the 1970’s so I really enjoyed working on this production, especially the costumes. The set was a stylised New York street which worked as a blank canvas for projection. Directed by Paul Morrissey. These are photos I took, I’m hoping to add some better ones.